We are excited to introduce a new series, “Urine Sediment of the Month“, and looking forward to contributions from Dr. Jay Seltzer, Dr. Juan Carlos Velez, and Dr. Florian Buchkremer. Here’s the inaugural post, courtesy of Dr. Seltzer: 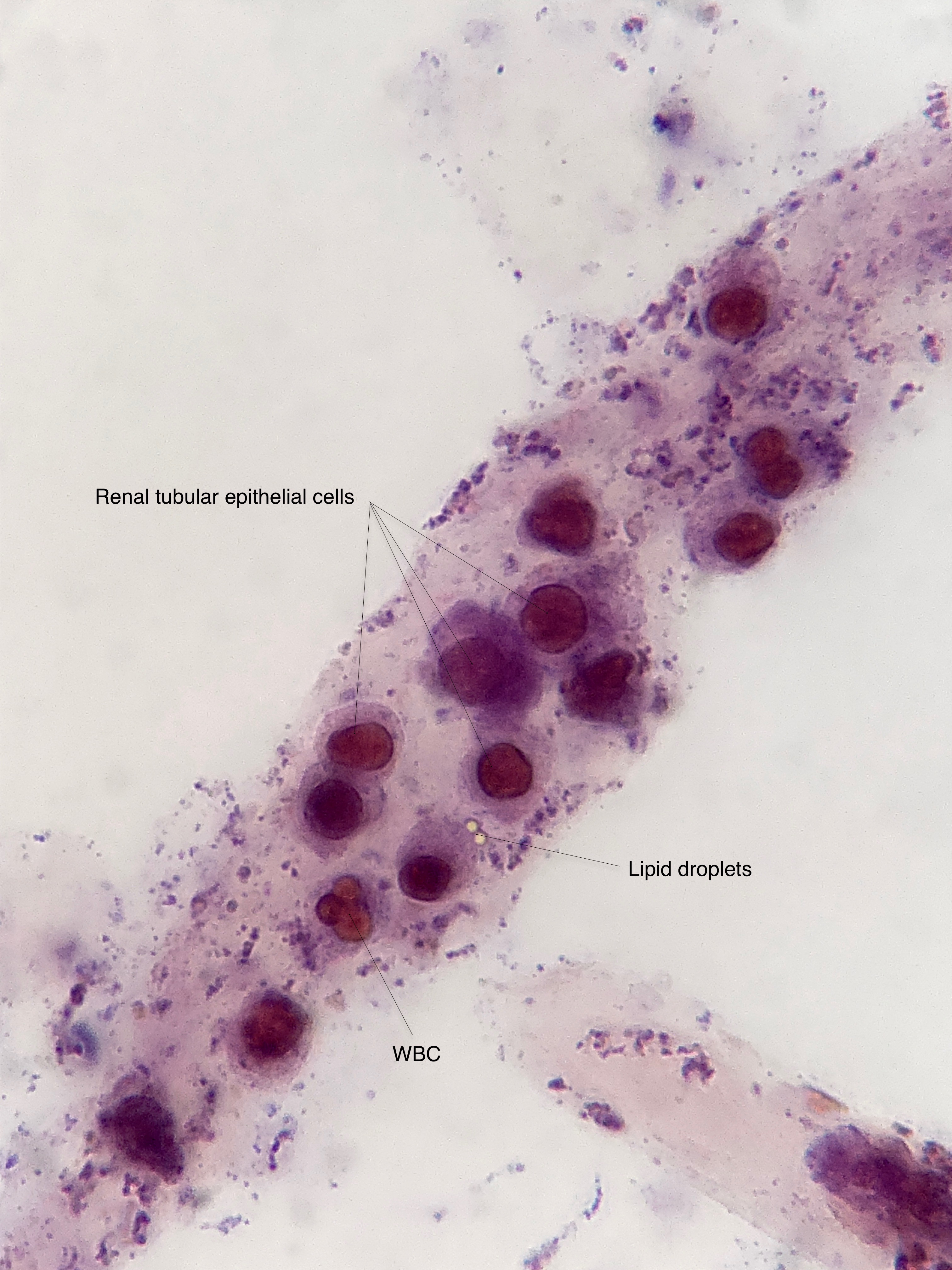 Pictured here (under brightfield illumination with Sternheimer-Malbin stain, described by Sternheimer and Malbin in 1951) is a cast containing renal tubular epithelial cells and white blood cells (WBCs) as well as a couple of lipid droplets.

Renal tubular epithelial cells (RTECs) can vary in size and shape but are recognized by a large, often eccentric nucleus with granular cytoplasm and a high nucleus to cytoplasm ratio. WBCs (polymorphonuclear leukocytes) are characterized by a segmented nucleus and granular cytoplasm and are usually smaller than renal tubular epithelial cells. When cells begin to degenerate, it may become quite difficult to tell WBCs and RTECs apart.

Focusing up and down is often necessary to discern the segmented nature of the WBC nucleus. The presence of RTECs in a cast suggests some degree of tubular injury. The presence of WBCs in a cast suggests an active inflammatory process such as interstitial nephritis or glomerulonephritis. In this case, the patient presented with hematuria, nephrotic proteinuria, and AKI. Renal biopsy showed IgA nephropathy and acute tubular necrosis.

Potassium Homeostasis: What’s the Gut Got to Do with It?