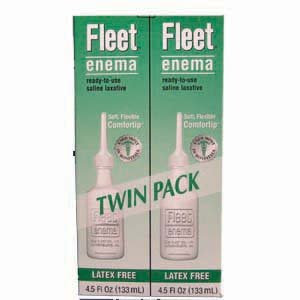 It has long been known that acute phosphate toxicity–as might be seen in rhabdomyolysis or tumor lysis syndrome–can lead to acute kidney injury as a result of calcium-phosphate deposition in the renal parenchyma and tubules. Interestingly, this problem appears to be increasing as a cause of AKI given the increased use of phosphate-containing bowel preparations (such as Fleet’s enema) for screening colonoscopies.

Recent epidemiologic evidence from Khurana et al (Arch Int Medicine, 2008, Vol. 168) supports the idea that phosphate-based bowel cleansing regimens may result in worsening renal function. In a retrospective analysis looking at patients with normal creatinine levels at baseline who underwent colonoscopy with oral sodium phosphate solutions, they found that the GFR went slightly down compared to an age-matched control population. Prior to this, most data in support of phosphate-induced renal damage from colonoscopy preparations suggested that the only individuals at risk were those with pre-existing chronic kidney disease.

It will be interesting to see whether or not this will change clinical practice within the field of gastroenterology; for nephrologists it highlights the importance of asking patients about recent colonoscopies as part of the history-taking in patients experiencing acute kidney injury.