0 1095 0
Read Later Share
Rajiv, 39, wants to donate a kidney to his sister-in-law, Shen. His brother, Shen’s husband, is healthy, but unfortunately not a good match for Shen. Rajiv has no past medical history, is a non-smoker and his BMI is 24. His BP is measured at 120/75. Physical examination and urinalysis are unremarkable. Rajiv’s wife is particularly concerned about the future risks to Rajiv.
Which of the following would you advise?
A) After donation, Rajiv has a higher risk of developing ESKD than the general population.
B) After donation, Rajiv may be more likely to develop ESKD than his healthy 37 year-old brother.
C) Annual urinalysis & BP monitoring is recommended only for the first five years after donation.
D) Rajiv’s wife’s concerns are not relevant to the decision-making process. 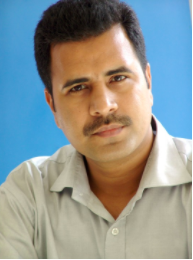 Correct Answer: B
For many years, potential kidney donors responding to the call to ‘Share your Spare’ were counselled that donation did not increase their risk of kidney failure. This advice was based on data showing that the rate of ESKD among kidney donors was equal or indeed lower than in age-matched controls (see e.g. these studies from 1997 and 2009). But, owing to stringent pre-donation assessment, as well as follow-up care afterwards, donors are usually particularly healthy compared with the rest of the population. It makes more sense, therefore, for studies to compare donors with matched healthy controls.  That was the approach taken by two more recent studies.
In the first, Mjoen et al compared 1901 Norwegian donors with a control group of 32,621 people who would have been deemed fit for donation. Median follow-up time was 15.1 (range 1.5-43.9) and 24.9 (range 0.1-26) years respectively. ESKD ensued in 9 (0.47%) donors and 22 (0.07%) controls, which corresponds to a hazard ratio for donors of 11.38, but a very small absolute increase in risk (i.e. 11 times almost zero). There are several methodological issues to consider, too. The mean age at baseline was significantly higher in donors than in non-donors (46 vs 37.6 years). The longer maximum follow-up for donors may also have led to a higher detection rate of ESKD. Furthermore, 80% of donors were first-degree relatives of the recipient, (unrelated donors were first accepted in Norway in 1983), and 7/9 donors who developed ESKD had a primary renal disease, suggesting genetic factors may be important.
Shortly after, Muzaale et al reported the long-term outcomes of 96,217 donors in the USA, with a control group from the NHANES III study matched for age, sex, race, education, BMI, smoking status and blood pressure. Median follow-up was 7.6 years for donors and 15 years for non-donors. ESKD was seen in 99 (0.1%) donors, compared with 36 (0.04%) non-donors (p<0.001). Estimated lifetime risk of ESKD was 90 per 10,000 in donors, compared with 14 per 10,000 in matched healthy non-donors and 326 per 100,000 in the general population. In subgroup analysis, a higher cumulative incidence of ESKD was noted in African-American donors and in donors aged over 60 years at the time of donation.
These two studies suggest that, when compared with a matched healthy population, donors have a higher relative risk of ESKD in the long term. This information should be part of the consent process for potential donors, particularly for those with additional risk factors. Nonetheless, the absolute risk remains very low, and substantially lower than in the general population.
Of course, when counselling an individual about their long-term post-donation risk of ESKD, it’s important to think about their baseline (pre-donation) risk: this risk tool can help you see how different factors impact an individual’s baseline (pre-donation) risk of ESKD.
Long-term annual follow-up is widely recommended for living kidney donors  (see e.g. KDIGO Guidelines and UK BTS Guidelines), and should address not only renal function, but cardiovascular risk factors, lifestyle factors and psychosocial well-being. This responsibility is particularly important in considering overseas donors.
Finally, thinking about Rajiv’s wife’s concerns, psychosocial support is essential for successful kidney donation. A multi-national qualitative study found that in the very small proportion of donors who reported a negative impact on quality of life after donation, family discord and lack of support were key risk factors.
Don’t agree with the answer? Get on twitter and share your thoughts…
Submit your responses for Case 2 now!
Complete the 7-day challenge and you’ll have a whole new perspective on Living Kidney Donor Risk and the #NephMadness #TransplantRegion
Don’t forget to submit your #NephMadness brackets here

Please note these are fictional cases with open access stock images. They do not represent real cases.

A New Breed of Nephrologists: Can We Change the Practice Paradigm?