0 1137 0
Read Later Share
Hayley, 30, wishes to donate a kidney to her husband Rob.  They have a 3 year-old child. Hayley has no known medical problems and is a non-smoker. Her BMI is 23 kg/m2, her blood pressure is 110/70 mmHg and physical examination is unremarkable. The urinalysis shows no haematuria or proteinuria. Her measured eGFR is 104ml/min/1.73m2.
If Hayley and Rob decide to have another child after donation,
A) We should reassure Hayley that her kidney donation will not have any bearing on the subsequent pregnancy.
B) An alternative donor should be sought, because pregnancy after donation is contraindicated.
C) Hayley’s risk of pre-eclampsia and gestational hypertension could be higher than in her first pregnancy.
D) We must counsel Hayley & Rob that there is a higher risk of perinatal death with the subsequent pregnancy. 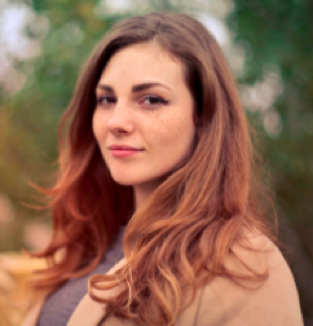 A 2015 Canadian retrospective cohort study examined 85 female kidney donors, comparing them with 510 healthy non-donors matched for age, income, rurality, and number of previous pregnancies. There were 131 (post-donation) pregnancies in donors, and 788 in the control group. Gestational hypertension and pre-eclampsia were more common in the donor group (11% vs 5%) but there were no differences in rates of preterm birth or low birth weight, and no maternal or perinatal deaths. The study is limited by the lack of detailed information contributing to the diagnoses, such as blood pressures, GFR and urinalysis. It is possible that a coded diagnosis of pre-eclampsia was more likely to be made in a donor, due to more intensive surveillance or baseline proteinuria.

There was an additional comparison between donor and non-donor pregnancies from a national birth registry, although baseline prognostic factors differed significantly between these groups, including a difference in average maternal age of 5 years.

Also comparing pregnancies before and after donation, a single-centre study in Minnesota collected self-reported data from 1085 women. While post-donation pregnancy outcomes were similar to those reported in the general population USA-wide, they were inferior to pre-donation outcomes (e.g. pre-eclampsia: 5.5% vs 0.8%). The study was based on patient recall alone, and saw a loss to follow-up of almost 40%. We should also consider that women with a history of gestational hypertension or pre-eclampsia may be less likely to become kidney donors, potentially resulting in an exaggerated difference between pre-donation and post-donation pregnancy outcomes in both this and the Norwegian study.

The available evidence suggests that kidney donation does not increase the risk of pregnancy complications above that of the general population. There may be an increase in risk of gestational hypertension and pre-eclampsia compared with pre-donation rates, but this has not been shown to result in higher rates of maternal or fetal death.

To help this family make the best decision for them, we should counsel Hayley and Rob about the available information, and put this into context for Hayley’s individual situation. Hayley and Rob’s family planning is not itself a contraindication to donation.

Don’t agree with the answer? Get on twitter and tell us what you think…
Submit your responses for Case 3 now!
Complete the 7-day challenge and you’ll have a whole new perspective on Living Kidney Donor Risk and the #NephMadness #TransplantRegion


These are fictional cases with open access stock images and do not represent real cases.

A New Breed of Nephrologists: Can We Change the Practice Paradigm?