Ari, 35, current power-lifting champion of New Zealand, wants to donate a kidney to his father, Tamati, 61, who has Type 2 diabetes and is on dialysis. His mother, who has diet-controlled diabetes and is in the obese weight range, has been excluded as a potential donor. Ari’s BMI is 29, and his BP is 130/90. Initial blood tests show serum creatinine = 105umol/L (1.19mg/dL),
eGFR= 77ml/min/1.73m2.
Which one of the following do you advise?
A) Ari should be excluded as a donor because his GFR is less than 90ml/min/1.73m2.
B) Ari’s BMI prohibits donation according to most guidelines.
C) If Ari’s fasting blood glucose is in the normal range, risk of diabetes does not need to feature in his pre-donation counselling.
D) Other testing in addition to fasting blood glucose may be required to assess Ari’s risk of dysglycaemia. 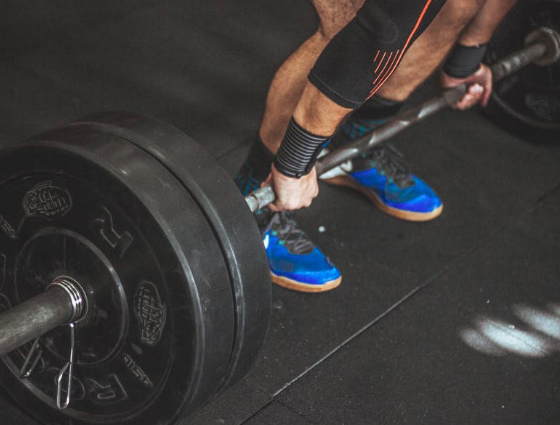 Answer: D.
Accurately defining pre-donation kidney function is an important component of donor evaluation. While estimated GFR provides a good indication of kidney function, it may be less reliable in some situations, including extremes of body composition. Ari’s muscle mass might be considerable, in light of his occupation, affecting his creatinine generation. For assessment of potential kidney donors, KDIGO Guidelines recommend confirmation of measured GFR (mGFR) using a reference standard measure such as clearance of inulin, iohexol, Cr-EDTA or DTPA.
Donor nephrectomy involves the immediate loss of approximately 50% of nephron mass, and a resultant decrease in GFR. Adaptive hyperfiltration provides some compensation, however, increasing the single-kidney GFR by some 40%. According to the available evidence, the initial reduction in GFR after donation does not appear to lead to accelerated GFR loss in the medium term. A large meta-analysis including 5048 donors showed a decrease in average GFR from 111ml/min pre-donation to 86ml/min over 7 years after donation. In a novel approach, an older study examined 20-year donor follow-up with a control group comprising donors’ siblings. The reduction in GFR over time was similar in both groups.
Ari’s BMI indicates he is in the overweight range. His muscle mass again warrants consideration in interpreting this, however, and alternative measures such as waist circumference may be helpful. Evaluation of BMI is a key component of donor assessment. In the short term, we need to consider peri-operative risks conferred by obesity, such as prolonged operative time, venous thromboembolism and impaired wound healing. What about the longer term? Meta-analysis data shows an association, albeit modest, between obesity (BMI>30) and increased risk of ESKD in the general population (adjusted HR 1.16). Furthermore, in a 2017 study of more than 100,000 US kidney donors over 20 years, obese donors were significantly more likely to develop ESKD than non-obese donors matched for age, sex, ethnicity, blood pressure and baseline eGFR (HR 1.86). Most guidelines agree that BMI >35 is an absolute contraindication to donation, and recommend careful evaluation of donors with BMI>30, taking into account other risk factors.
Dysglycaemia is one such important risk factor. Type 2 diabetes is the leading cause of ESKD in New Zealand and Australia, as it is in the USA. Accordingly, Type 2 diabetes is usually considered a relative contraindication to kidney donation. Evidence is therefore very limited in diabetic donors. In a study of 2954 donors, 154 developed diabetes after donation. They were more likely to have hypertension and proteinuria than their non-diabetic counterparts, but no difference in eGFR was observed 8-26 years post-donation. Fasting blood glucose is recommended in all donor candidates. It may be insufficient to detect glucose intolerance, however, and pre-diabetic states are associated with increased risk of future diabetes and cardiovascular disease in the general population. KDIGO Guidelines therefore recommend 2-hour glucose tolerance testing for donor candidates with additional risk factors such as obesity or family history of diabetes. Pre-diabetes in a potential donor warrants very careful assessment of the predicted long-term risks according to age, lifestyle, family history and ethnicity.
Ari’s case invites us to reflect on the potential impact of ethnicity. We need to find out more about Ari’s background, as the indigenous Māori population of New Zealand have an elevated incidence of renal disease and early-onset diabetes. Indeed, across the world, cardiovascular and renal disease risk varies between ethnic groups, due to a likely combination of genetic factors, such as nephron endowment, and environmental factors, including historical and contemporary social determinants of health. Transplant centres vary in their approaches to these issues, and vigorous debate is ongoing. Should APOL1 genotyping be performed in all African American donor candidates, in light of the increased risk of kidney disease with high-risk genotypes? Is it unethical to accept an indigenous Australian kidney donor, given their elevated lifetime risk of ESKD? Or does a blanket refusal policy risk further disadvantaging the potential recipients, indigenous Australians with ESKD, in whom the transplantation rate is already well below the national average? Explore these questions in your own region of practice, and consider the far-reaching impact of our answers on both individuals and populations.
Ultimately, this case highlights the importance of holistic, individualised evaluation of donor risk. BMI of 27 or family history of diabetes may not be contraindications to donation as stand-alone risk factors. The combination in a young donor, however, together with additional demographic risk factors such as ethnicity, could confer significant additive risk.
Don’t agree with the answer? Get on twitter and tell us what you think…
Submit your responses for Case 6 now!
Complete the 7-day challenge and you’ll have a whole new perspective on Living Kidney Donor Risk
and the #NephMadness #TransplantRegion

Why Water is more important than Urea? And how you can make a difference.