Beatriz, 62, presents as a potential kidney donor for her son Miguel. Her BP is 130/85, and BMI 26. She has no personal or family history of diabetes or cardiovascular disease. She brings some blood and urine test results from her primary care provider, including eGFR = 90ml/min/1.73m2, and urine albumin:creatinine ratio (ACR) = 8mg/mmol, or 70mg/g.
A) Beatriz is ineligible as a donor because we have diagnosed microalbuminuria.
B) Population studies indicate that higher albuminuria is associated with higher risk of ESKD, cardiovascular disease and death.
C) We should counsel Beatriz that studies show increasing proteinuria after donation leads to poor outcomes.
D) This uACR result would be more acceptable if Beatriz were 42, instead of 62, as her lifetime risk of kidney disease would be lower. 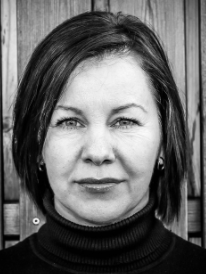 Albuminuria is an established risk factor for CKD and cardiovascular events in the general population. Potential kidney donors should undergo a screening test: both KDIGO and UK BTS Guidelines recommend urinary albumin:creatinine ratio. An abnormal result should be confirmed with a repeat sample (or, per KDIGO, determination of the albumin excretion rate from a timed sample). It is widely agreed that high levels of albuminuria are a contraindication to donation: the 2005 Amsterdam Forum agreed on exclusion of donors with  >300mg/day,and a 2007 US survey found many centres used a threshold of 150mg/day. KDIGO Guidelines now recommend exclusion of candidates with albuminuria of >100mg/day. The potential risks for donors with lower baseline levels of albuminuria are much less clear, however, with limited evidence for this group. In one study of 70 donors, those 5 with low-level proteinuria at baseline were more at risk of significant proteinuria (>800mg/day) at follow-up, but this was not associated with reduced kidney function.
Incident proteinuria is a recognised post-donation phenomenon, and has been hypothesised to represent hyperfiltration. A meta-analysis by Garg et al demonstrated a 12% pooled incidence of proteinuria at 7 years post-donation. Closer analysis of 3 controlled studies found a higher level of proteinuria in donors (147mg/day) compared with controls (86mg/day). The clinical relevance of this is really not clear, however. Ibrahim et al found that 11.5% of 255 donors developed incident microalbuminuria, but these donors had a higher measured GFR at follow-up than those without albuminuria, and none had a GFR of less than 45ml/min.
While microalbuminuria is not generally considered an absolute contraindication to donation, these candidates need careful evaluation to consider the underlying cause, as well as other risk factors for cardiovascular disease, such as hypertension and increased BMI. Remember that while older donors may be more likely to have albuminuria and other comorbidities requiring careful assessment, they have fewer years of life ahead of them. Therefore, their lifetime risk of ESKD is lower than an otherwise similar younger donor. Use this risk tool to see how different parameters affect lifetime risk.
Don’t agree with the answer? Get on twitter and tell us what you think…
Submit your responses for Case 5 now!
Complete the 7-day challenge and you’ll have a whole new perspective on Living Kidney Donor Risk and the #NephMadness #TransplantRegion
Don’t forget to submit your #NephMadness brackets here
Please note these are fictional cases with open access stock images. They do not represent real cases.
Created by Kate Robson (Nephrologist, Melbourne, Australia and NSMC Intern 2018)
#NephMadness Kate Robson NSMC
Previous Post