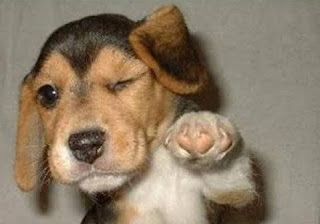 I am currently a clinical fellow, slogging through another consult month. As I am sure many of you have experienced, consult questions often come in batches. At least three times this week we have been called to see a patient with markedly elevated BUN out of proportion to creatinine with the team questioning uremia, need for renal replacement etc. In all three cases, there had been an associated drop in hematocrit, and so we suggested they consider an occult gastrointestinal bleed as a contributor to the azotemia. Having suggested the association several times this week, I decided to investigate the azotemia-GI bleed association further.
The association was first noted by Sanguinetti in 1934, and he postulated that the observation was due to the absorption of protein from the digestion of blood, subsequently dubbed alimentary azotemia.
Several other theories about the cause of this phenomenon exist, including:
– hemorrhagic shock causing pre-renal failure
– increased protein catabolism as a result of negative nitrogen balance
– a toxic effect of some molecule absorbed that led to renal dysfunction
– direct effects of anemia.
Some authors have been dogmatic and insist that azotemia from GI bleed would only occur in the presence of renal dysfunction, acute or chronic.
This interesting study attempted to tease out the relative contribution of each of these factors (http://archinte.highwire.org/cgi/content/summary/75/6/381). Their model involved bleeding dogs and then feeding them back the blood while varying the degree of hypotension and access to and resuscitation with fluid. They found that dogs fed blood or dietary protein (meat) developed a small degree of azotemia over a short duration of less than 12 hours. On the other hand, dogs bled to the point of hypotension were azotemic to a greater degree and for a longer period of time. When dogs were bled to the point of being hypotensive and then fed back the blood, they were more azotemic and for longer than when hypotensive or fed blood alone. Moreover, after feeding dogs blood without making them hypotensive, they found urea clearance to be unchanged, arguing against a nephrotoxic effect of the ingested blood. Finally, varying water intake, in the absence of hypotension, did not affect the subjects’ BUN. Other investigators conducted similar studies in humans, with the investigators or their colleagues serving as subjects.
It’s hard to draw conclusions from these studies, but it certainly seems that both intestinal reabsorption and impairment in renal function may play a role in azotemia associated with GI bleed. Further, I think few would disagree that while the cause of azotemia after GI bleed is likely “multifactorial,” the finding of a patient who is acutely (or even subacutely) azotemic out of proportion to Cr with associated anemia out of proportion to any underlying CKD, should prompt the consideration of a GI bleed.
Ernest Mandel GI bleed uremia
Previous Post
Next Post

Familial renal glucosuria and a new drug for diabetes mellitus