Treatments and guidelines are created in the hopes of improving public health. However, the research foundations designing these guidelines have created an enormous sex imbalance in the field. During the second week of October, The American Physiology Society continued their battle against this misrepresentation by sponsoring a two-and-a-half-day immersive conference reviewing sex and gender differences in cardiovascular-renal physiology; hosted by chair, Dr. Jennifer Sullivan, and co-chair, Dr. Michael Ryan. The Ca 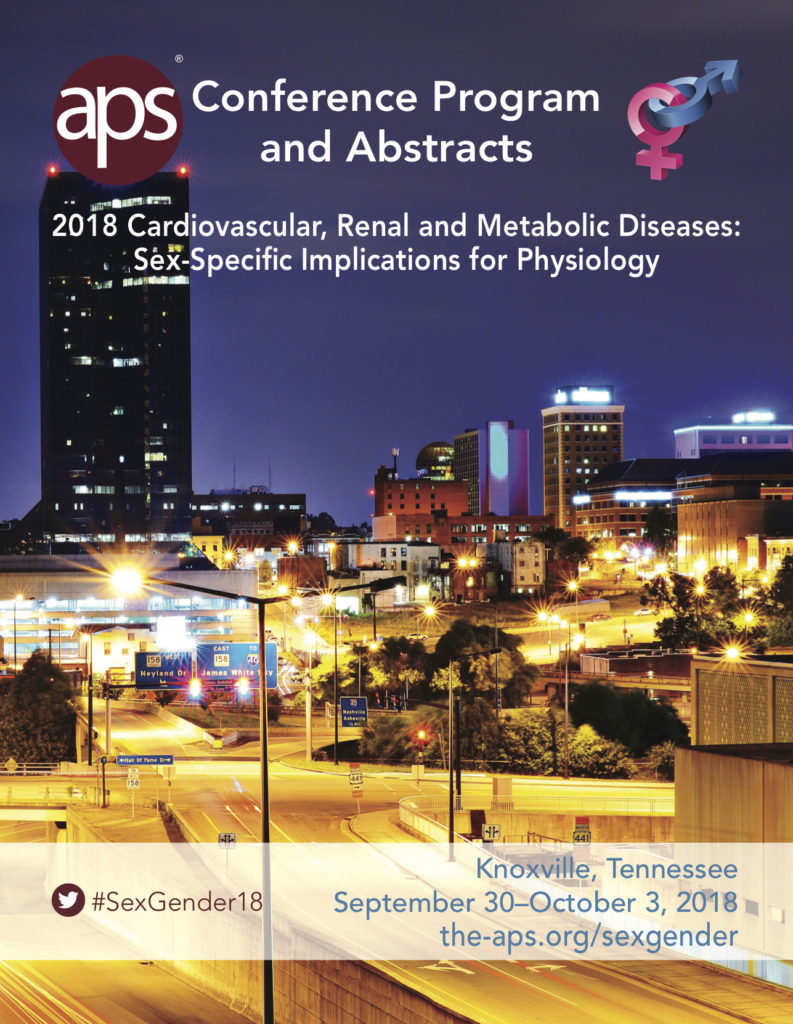 “To educate, explore, and expand the knowledge of unique considerations for the study of cardiovascular physiology of males and females in order to improve medicine from bench to bedside.”

A perfect example of their mission was displayed through this year’s keynote speaker, Dr. Marjorie Jenkins; Director of Medical Initiatives and Scientific Engagement for the FDA Office of Women’s Health and Professor of Internal Medicine at Texas Tech University Health Sciences Center. Dr. Jenkins shared her knowledge on sex differences and women’s health within research, education for professionals, and health and governing policy. She stands on the forefront of the battle against the misrepresentation of sex and gender in the fields of medicine and research. Dr. Jenkins brought much needed attention to a common misunderstanding regarding the imbalance of sex-based research; that women are not well represented in clinical trials. Sex and gender based medicine is an emerging area that explores the science behind the variances and parallels of male and female biology, both in diseases and general health. This field goes beyond just a women’s health movement and delves further into the pathophysiology and basic biology of diseases and how it influences both men and women. Increasing awareness of the fact that research typically consists of Caucasian men has catalyzed this movement. Results of studies including mainly this patient population that cannot effectively be applied to women or various ethnic groups. Due to this discrepancy, the National Institutes of Health Revitalization Act now requires that further clinical research must consist of both minorities and women. Now that studies have balanced the numbers of men and women enrolled in studies, a new concern has emerged. Even with this new requirement, differences in outcomes are not analyzed and reported by sex. Without this piece of information, it is challenging to assess whether research outcomes are relevant to all individuals regardless of race or gender. Dr. Jenkins emphasized the importance of initiating change by encouraging attendees of the meeting to advocate for change in their own professional environments. Checkout the  sex and gender health education site – which is  the Sex and Gender Specific Health Curriculum project started in 2010. Lots of educational resources available!

Another presentation from Dr. Virginia Huxley (University of Missouri School of Medicine) provided an exceptional example of why not only enrolling different sexes, but also analyzing and presenting the data comparing sexes, is imperative for informative results and accurate clinical translation. Dr. Huxley tested the hypothesis that endothelial growth, morphology, wound healing, messenger RNA, and protein expression of key proteins would not be influenced by genomic sex. After rigorous experimentation, their hypothesis was refuted, displaying that sex and endothelial origin, being macro- versus microvessel, actually did impact various phenotypic characteristics. Interestingly, the growth of endothelial cells also revealed an intriguing hierarchy of importance between variables (sex and vessel origin > vessel origin > sex > endothelial cell homogeneity).

While many studies use a single sex to create universal guidelines, Dr. Huxley’s results support the idea that using a single endothelial cell tissue sex, source, or even species fails to accurately provide understanding of mechanisms in health and disease. I encourage everyone to take a few moments to read Dr. Huxley’s study and consider how we can take our studies one step further by using and analyzing potential sex differences within our own research.

Above are two of countless examples of how impactful this conference was. The small size of this meeting was outweighed by the enormous amount of intelligence and creativity that filled the room. This gathering opened an opportunity for scientists, ranging from graduate students to principal investigators and clinicians, to explore subjects in depth, initiate collaborations, and expand their own research networks. After leaving this conference, I was ecstatic to get back to my own lab and implement some ideas I had developed at this inspirational conference as well as to continue building relationships with fellow scientists. Hopefully with the collective efforts of the research community and the continued APS sex and gender conferences, we can change the future of research, healthcare, and develop a more thorough understanding of the differences between the sexes.

Catch up on what you missed by looking at #SexGender18 for tweets from this conference and be on the lookout for the 2021 Sex and Gender APS Conference!