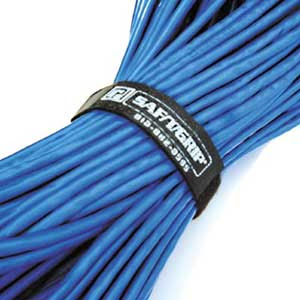 This month’s issue of AJKD includes an enlightening group of 6 editorials, each written from a unique perspective (e.g., the perspective of large dialysis corporations, the perspective of the ESRD Networks, the perspective of non-profit dialysis corporations, etc.), commenting on the proposed prospective payment system (PPS) for ESRD. The PPS is the so-called “bundling plan” which will radically change the way in which dialysis is reimbursed. For historical reasons, dialysis treatments are reimbursed based on 2 payments: (1) a flat-rate fee for the dialysis procedure itself (which dialysis units make very little, if any, profit on), and (2) “separately billable items”, including injectable drugs such as Epogen, which in recent years have provided the majority of profit for dialysis units.

This will all likely change in the coming months as the PPS nears finalization. A single lump-sum payment will be charged which will taken into account not only the dialysis procedure but also all medications and laboratories provided during the dialysis procedure. Proponents of the PPS would argue that the ESRD Program already soaks up a large chunk of the Medicare budget (5.8% of the overall budget, despite affecting less than 1% of Medicare beneficiaries), and the “bundling” strategy will encourage nephrologists to use tests and medications (particuarly EPO) more judiciously, resulting in lesser overall costs.

However, there are several controversies with the PPS alluded to in many of these editorials. For instance: in the new plan, all labs ordered during dialysis would be included in the bunding plan. For instance, patients who need to have their INR monitored frequently can have their bloods drawn during dialysis, a practice which is probably both humane and having practical sense from a standpoint of preserving the vasculature for future fistula use. However, many are concerned that dialysis units will be resistant to provide this service for patients, as they will no longer be reimbursed for drawing these labs. Some point out that decreased lab work provided during dialysis will also have a negative effect on completing kidney transplant evaluations in a timely manner. Still others are concerned that many ESRD-specific oral medications (e.g., phosphate binders, cinacalcet) will also fall into the bundled payment: for nephrologists who are responsible not only for the health of their patients but also the health of their dialysis unit, might this not put nephrologists in the unenviable position of having to “ration” expensive oral drugs only to the patients deemed to deserve them the most? Finally, there is also concern that only the largest dialysis corporations will be able to compete with the new regulations, leading to the closure of several smaller and non-profit dialysis centers.

The final PPS is apparently still being tinkered with, so we don’t know the exact details quite yet. However in reading these editorials it is clear that there remains some trepidation about how the bundling will change the dialysis landscape.