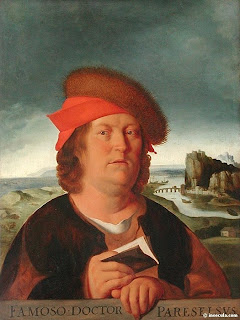 The way drug discoveries happen is always fascinating. Today, I heard Dr Nadler describe how he discovered Rituximab. He was a young oncology fellow at Dana-Farber back in 1979 when he convinced a colleague dentist to teach him how to produce antibodies in vitro. The technology had been developed a couple of years earlier and his friend was hoping to use antibodies to produce a mouthwash, which would stop cavities! Among the antibodies developed in collaboration, they created one that had specificity for B cells and named them as CD20.
Later, Dr Nadler and others tested this antibody in humans that was accompanied by many side effects but with successful initial results in patients with lymphoma. Some of the side effects were related to the murine origin of the antibody. This problem was solved years later when Dr Winter developed humanized antibodies.

Last week’s NEJM carried 2 articles reporting the use of Rituximab for ANCA vasculitis. The treatment of ANCA vasculitis is very challenging, especially c-ANCA positive (Wegener’s) due to the high rate of relapse 30-75%. Patients who undergo fast taper or with very high ANCA levels are at increased risk, but no good marker exists at this time. Therapy of WG and MPA has two components: the induction of remission; and the maintenance (to prevent relapse).

Induction of complete remission, defined as the absence of active disease, is the goal of initial immunosuppressive therapy and it usually consists of cyclophosphamide (CYC) and steroids. Plasmapheresis should be considered in patients with severe renal dysfunction, lung hemorrhage, CNS vasculitis or mononeuritis multiplex. Dr Steele shared his personal experience on a prior blog.
The maintenance than consists of azathioprine and prednisone for 12-24 months. The results of the trial of Stone et al. was interesting since it compared CYC with Rituximab with discontinuation of steroids at 5mo showing better results in the Rituximab group. However, follow up was short and no conclusions can be obtained about relapse in the long term. One interesting point is the high mortality of ANCA patients, reaching ~18% on both groups! Quoting Paracelsus: “All substances are poisons, there is none which is not a poison. The right dose differentiates a poison from a remedy”. These patients need close monitoring and defining the ideal individualized dose is the Holy Grail.

The conclusion taken from both trials is that Rituximab could be considered an alternative therapy for ANCA vasculitis, however their superiority in the long-term still need further testing. Also check Nates’s blog on “How much Cytoxan is too much?”

Does BK virus cause nephropathy in BMT recipients?

Hepatorenal syndrome: some help from the renal service