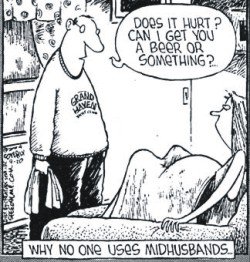 While recently reading about hypogonadism in the dialysis population, I came across this review on the pregnancy outcomes in women on dialysis, summarizing observational studies published between 1995 and 2009. I have participated in only a few pregnancy-planning discussions with women with CKD, but they have all been emotionally tough. None of my patients were dialysis patients, however, whom I would have predicted would have even worse outcomes with pregnancy as has been reported for CKD (for example, a rate of preterm delivery of 63% and perinatal death of 4% reported recently here).

The results of this review suggest that the outcomes in women on dialysis, while better than expected in some aspects (for example rate of live birth of 79%), still carry significant risks for the mother and baby (for example, a perinatal death rate of 17.6%).

Among women of childbearing age on dialysis, DaVita reports that only 1-7% can get pregnant – due to complete cessation of the menstrual cycle, or anovulatory cycles. However, some women continue to have menstrual cycles – as you’ll be smart to remember next time you’re asked about a female PD patient with a bloody peritoneal fluid effluent.

Among those who do get pregnant (222 pregnancies studied in this review), an astonishing 79% resulted in a live birth, although only 8% were term births (71% were premature for an overall preterm delivery rate of ~85%!). The two most common reasons for premature birth were premature labor (approximately 1/3rd) and fetal distress (another 1/3rd). Of the remaining 1/3rd, intrauterine growth restriction and hypertensive disease were most common. The rate of delivery by c-section in the subgroup where this data was available, was 37%.

Among the maternal complications, hypertensive disease was the most common, though at a reported 30% it is much lower than I would have predicted. Among the 14 women in the cohort on PD, 4 developed peritonitis and 2 developed uterine bleeding so significant to require surgical intervention and, in one case, hysterectomy. The specific adjustments to renal replacement management for pregnant women were not discussed in detail, though included increased time and frequency of dialysis, which was associated with decreased rate of polyhydramnios and improved fetal outcomes.

As it is still a relatively rare event, I would love to hear from any of you who have helped manage pregnant women on dialysis.

Thrombosis and the nephrotic syndrome