The ethics surrounding organ transplantation is a highly debated topic.  Although kidney transplantation has been around for many decades- shifting needs, cultural norms, and resource limitations have led to varying practices worldwide, bringing several ethical principles into the spotlight. Here, we will explore the ethical principles of the United Network for Organ Sharing (UNOS) of the US and examine the ethics of the kidney transplant practices of other countries.

In the US, the private, non-profit organization UNOS oversees the Organ Procurement and Transplantation Network (OPTN) that maintains a national registry for organ matching. The UNOS Ethics Committee defines three ethical principles:

We will examine kidney transplant practices in 3 countries and how they embody these principles in different ways. 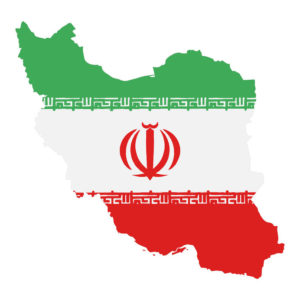 In the U.S., organ transplantation is altruistic and commercialization of organ donation is illegal.  A transplant team assesses the motives of the donor. With this model, there are currently over 95,000 people on the kidney transplant waiting list in the U.S.  In contrast, Iran developed a a program in 1988 that eliminated waiting list in a decade.

In this model, if a patient has no living-related donors, they are referred to the Dialysis and Transplant Patients Association (DATPA) to be matched with a suitable living-unrelated donor. The DATPA has no brokers/outside agencies and all transplant teams belong to university hospitals. The government pays for hospital expenses and can subsidize the cost of immunosuppression. The donor receives an award and health insurance from the government.  Of note, foreigners are not allowed to undergo kidney transplantation from Iranian living-unrelated donors or allowed to volunteer as donors to Iranian patients.

This model is vastly different from the U.S., given heavy emphasis on the principle of utility. With a burgeoning waiting list, the Iranian government responded by increasing the utilization of available kidneys with financial compensation. Under this model, transplant candidates of low socioeconomic status have equal access to a potential kidney transplant. A study of 500 kidney transplant recipients and their living-unrelated donors in Iran revealed that 50.4% of recipients were low-income.  Also, 84% of paid kidney donors were poor , leading to concern with autonomy and coercion. There has also been a decrease in living-related donor transplants from nearly 100% in 1988 to 12% in 2005.  The Iranian model provides an interesting example of an alternative emphasis of the same three ethical principles.

South Africa is unique being on the forefront of HIV+ organ donation. Dialysis is limited due to resources- available to the healthiest and most adherent patients. It is considered a bridge to transplantation (not chronic treatment), therefore, only patients suitable for kidney transplant are eligible for dialysis. Prior to 2008, since HIV+ patients were not considered candidates for transplant, they were also restricted from dialysis.

After June 2001, a multi-site clinical trial of HIV- organ transplantation into HIV+ patients. showed that there was no evidence of viral progression and no adverse effect on allograft function. Given higher HIV infection rates- HIV+ brain-dead donors are much more prevalent than in the United States. As a result, HIV+/HIV+ kidney transplants were adopted in South Africa in 2008.

Since then, 43 kidneys from 25 brain-dead donors have been transplanted at the University of Cape Town. Several factors have been tracked after transplant, including the incidence of donor-derived tuberculosis, resistance to anti-retroviral therapy, and recurrence of HIV-associated nephropathy (HIVAN). Recurrence of HIVAN has proven problematic, with two of the 43 patients losing their grafts due to recurrence and six with biopsies showing early HIVAN. This prompted research on the pathogenesis of recipient HIVAN and if donors with proteinuria or early HIVAN changes should be accepted. The study authors note that this risk of recurrence is an important consideration but may be worth the risk due to limited options for these patients.

This shifting paradigm in South Africa exemplifies an emphasis on utility and justice. The South African group is maximizing utility by tapping into a previously unused resource, HIV+ kidneys. However, justice, the fair pattern of distribution of benefits, is also being pursued by rigorously exploring a feasible treatment option for HIV+ ESKD patients. France is also tracking graft outcomes of HIV+/HIV+ kidney transplants.  HOPE in the US will track the clinical outcomes of 160 HIV+ kidney transplant recipients, where half will receive HIV+ kidneys and half HIV- kidneys. A better understanding of HIV+ organs and their transplantation outcomes will enable the world to maximize utility and promote transplantation for the HIV+ population. 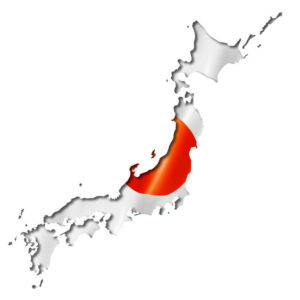 Japan finds itself on another end of the spectrum as a developed country with one of the lowest organ transplant rates. According to the Global Observatory on Donation and Transplantation, in 2015 there were only 12.87 kidney donations in Japan per million inhabitants. In comparison, in the US, that number is 57.79 per million. Even though a technologically advanced and economically stable country, an understanding of the legal restrictions and cultural norms in Japan help explain why it lags behind in this respect.

One of the major causes for Japan’s historically low transplant numbers is the legal barrier to deceased organ transplant. Before 1997, deceased organ donations in Japan could only be made to family members and from people with cardiac death. This strict definition of death and restriction on eligible recipients kept transplant numbers low and promoted a reliance on living donors. In 1988, the Japan Medical Association announced that it would accept brain death as human death but only if “the donor expressed in writing prior to death his/her intent to agree to donate his/her organs and agree to be submitted to an authorized brain death declaration, and his/her family members did not object to the donation.” This turned out to be fairly stringent and did not have a major impact on transplantation rates. Under international pressure, another revision was made in 2010 to ease the rules over brain death such that even if an individual’s intent was unclear, donation of a brain-dead patient’s organs was possible with family consent. With this revision, legal barriers to deceased kidney transplant were greatly eased.

Despite these changes, cultural beliefs were slow to follow. Japan is largely a Buddhist and Shinto nation and in both traditions, a dead body should remain intact. In both national media and traditional texts, there is the belief that death is impure and an organ retrieved from a dead person is tainted. Even the Japan Organ Transplant Network (JOTN) states that brain death is only acknowledged as human death when a transplant is to be performed. There even exists a degree of reluctance among the medical community.  This likely dates back to 1968 when Dr. Juro Wada carried out the first transplant from a brain-dead donor. He made the determination of brain death and performed the transplant operation himself. The recipient died three months after the operation and he was charged with murder. The charges were eventually dropped, but it triggered a long-running controversy over the definition of brain death and no transplants from brain-dead donors were carried out in Japan for the next three decades.

These cultural and, until recently, legal barriers necessitate that Japan rely heavily on living donor transplants. Living donor transplant rates have been increasing, now upwards of 90%, while deceased donor transplant rates have not changed since 2001. Returning to the three pillars of ethics, the current system in Japan is an example of their priority of respect for persons. Given low transplant numbers some may argue that it comes at the cost of utility and justice, however their strongly held beliefs and long-standing cultural norms place respect for autonomy at the forefront of their transplant discussions.

These international perspectives on kidney transplantation provide unique insight into the practices and consequences of different interpretations of the same three ethical principles. There are strengths and weaknesses to each, with challenges unique to each country given their history, resources, and cultures. The United States is no different, and expanding our worldview to explore and learn from other countries and their transplant programs may prove to be valuable as we navigate our own legal, ethical, and cultural hurdles in kidney transplantation.

“Let’s Talk About Peritoneal Dialysis” Post 6: We Have a Leak!