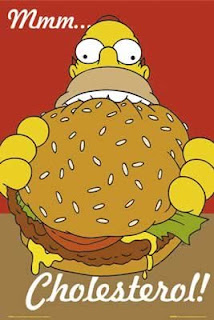 This has been known for awhile, but it is worth repeating–sevelamer (Renagel), in addition to its ability to act as a phosphate binder, also results in LDL cholesterol-lowering effects.

Two of the early articles (a 1998 Clinical Nephrology study by Wilkes et al, as well as this 1998 NDT paper by Goldberg et al), first noted this unexpected association.  In the former paper, a group of dialysis patients subjected to sevelamer hydrochloride therapy following a phos-binder washout period was noted to have a 35.9% fall in LDL cholesterol with an HDL cholesterol level that remained relatively stable.  This LDL-lowering effect is also present in the newer formulation of Renagel, sevelamer carbonate.
It is unclear exactly what this lipid-lowering effect may indicate, especially considering the repeated finding that statins appear to be less efficacious in CKD/ESRD patients than in the general population in terms of lowering cardiovascular mortality.  Still, it is tempting to speculate that cholesterol-lowering should be a good thing for CKD/ESRD patients given their high rate of CVD.  The jury is still out in terms of what is the optimal phosphate binder to use in a given clinical scenario, but the lipid-lowering effect of Renagel does make it somewhat unique from the other phosphate binders available.
drugs Nathan Hellman phosphate binders phosphorus metabolism
Previous Post