Welcome to the 12th case of the Skeleton Key Group, a team of forty+ nephrology fellows who work together to build a monthly education package for Renal Fellow Network. The cases are actual cases (without patient identifying information) that intrigued the treating fellow.

A 45-year-old female with a past history of hypothyroidism presented to the emergency department with five days of fever, productive cough, breathlessness and weakness involving all four limbs. She also presented with foreign body sensation and dryness in her both eyes for the last 6 months. Currently, her home medication was thyroxine 25mcg once daily. 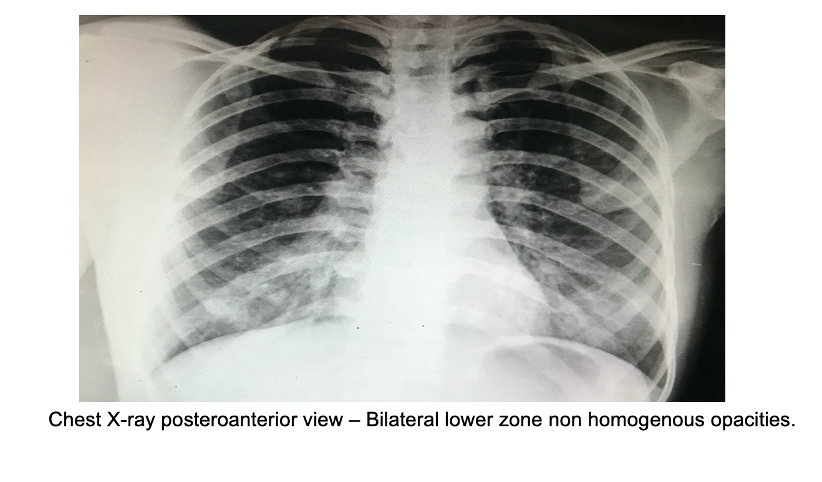 Nephrology was consulted for diagnostic evaluation and management of hypokalemia.

When evaluating hypokalemia, the first step is to look for any symptoms suggestive of an emergency that requires immediate therapy. This includes cardiac arrhythmias/ECG changes and muscle weakness. In our patient, the presence of severe hypokalemia and sudden onset of muscle weakness supports the diagnosis of acute hypokalemic paralysis and hence, she was given emergency treatment with intravenous potassium chloride.

First we rule out pseudohypokalemia. Pseudohypokalemia is caused by time-dependent K+ uptake by cells due to prolonged sample storage at increased ambient temperature after venipuncture. It is commonly seen in patients with acute leukemia. Rapid segregation of plasma and storage at 4oC is done to avoid this artifact.

Once pseudohypokalemia is ruled out, causes of hypokalemia can be grouped according to three discrete buckets.

2. Bucket that is leaky all over (transcellular shift)

3. Bucket with the drain wide open all the time (urinary or GI loss)

Our patient had no evidence of low oral intake, transcellular shift, or GI losses, and so we investigated urinary loss. The below urine and serum investigations were used to assess urine potassium to creatinine ratio.

Based on the above urine and serum investigations:

The urine K/Cr result indicates that the cause of hypokalemia in our patient is due to kidney loss of potassium in the setting of a high anion gap metabolic acidosis (AGMA) combined with a normal anion gap metabolic acidosis (NAGMA) with appropriate respiratory compensation. The high anion gap can be explained by lactic acidosis due to sepsis, but, what is the cause for NAGMA? You can use the mnemonics HARDUP or USEDPART to assess for the causes of NAGMA as mentioned in our previous post, but given the urinary potassium wasting, we were concerned about a renal tubular acidosis.

Why did we choose to assess urine K/Cr ratio instead of TTKG or FeK? Review  Case 2 to find out why!

For more information on how to process the acid-base status, see solving acid/base problem (pLACO) by NephSim
What do HARDUP or USEDPART stand for? Review Case 7!

Non-anion gap metabolic acidosis, a positive UAG, and hypokalemia support a diagnosis of either a proximal or distal RTA. The mechanism of hypokalemia in distal RTA is not fully elucidated, but likely results from increased urinary potassium loss from tubular damage, decreased proximal tubular potassium reabsorption due to acidemia and increased urinary sodium loss resulting in relative hypovolemia and aldosterone stimulation, which increases urinary potassium loss.

Our patient has no features suggestive of proximal tubular dysfunction such as euglycemic glycosuria, phosphaturia, uricosuria and aminoaciduria, and so this supports the diagnosis of distal (type 1) RTA as the cause of NAGMA in our patient.

Distal RTA (dRTA) is characterized by impairment of urinary acidification and is associated with hypokalemia, nephrolithiasis, and nephrocalcinosis. In some cases, there is no metabolic acidosis because the impairment of urinary acidification is not severe, termed incomplete dRTA. Incomplete dRTA may be suspected in the setting of sustained urine pH >5.5 plus unexplained hypokalemia, nephrocalcinosis, or recurrent calcium stones.

Understanding the pathophysiology of distal RTA can help solidify why the confirmatory tests are helpful. Imparied acid secretion occurs through one of the following mechanisms (Figure 1)

The ammonium chloride loading test (Figure 2) is considered the “gold standard” for the diagnosis of dRTA. It was first described by Wrong and Davis in 1959 as a short ammonium chloride test. Ingestion of ammonium chloride gives the patient an “acid load,” and the kidney responds through excretion of H+  in the distal tubule. Failure of the urine pH to acidify is confirmatory.

The furosemide / fludrocortisone test was initially described in 1986 as the oral furosemide test by Dan Batlle. SB Walsh found that the simultaneous administration of furosemide and fludrocortisone is as potent a stimulus for urinary acidification as the metabolic acidosis caused by the NH4Cl loading test by increasing delivery of Na+ to the cortical collecting duct, resulting in uptake by the principal cell and a “negative” charge in the tubular fluid. This negative charge is the stimulus for acid efflux.

Though NH4Cl loading test is considered as the gold standard in the diagnosis of distal RTA, it has its disadvantages (Figure 4). Compared to the NH4Cl loading test , the Furosemide/Fludrocortisone test is safe, has fewer side effects, reduced pill burden, and has shorter test duration (~ 6 hours). Learn more about the renal acidification tests from ‘Distal Renal Tubular Acidosis Developments in its Diagnosis and Pathophysiology’ by Stephen Benedict Walsh.

The results of furosemide/fludrocortisone test were as follows:

There are many causes of distal RTA, but in our patient, further serologic testing for ANA, anti-Ro/SSA, anti-La/SSB were positive along with the Schirmer’s test. A diagnosis of primary Sjogren’s syndrome was confirmed.  The incidence of kidney manifestations in primary SS is <10% and usually has a favourable prognosis. Tubulointerstitial nephritis (TIN) is the most frequent renal manifestation. Distal RTA due to primary Sjogren’s syndrome is suspected to be from autoantibodies to H+ATPase, AE1 exchanger as well as carbonic anhydrase II. See this tweetorial for more.

So let’s summarize. Our patient’s weakness was attributed to her hypokalemia and metabolic acidosis, which were related to a distal RTA from primary Sjogren’s disease. She was treated with IV and PO potassium with improvement in her quadriparesis and oral bicarbonate therapy. It is imperative to start alkali therapy after potassium correction to avoid worsening the hypokalemia from transcellular shift.

Her pneumonia recovered with antibiotic therapy, and her extrarenal manifestations of Sjogren’s were managed with symptomatic therapy and did not require immunosuppressants or DMARDs. At 3 month follow up, the patient had no further episodes of hypokalemia and paralysis.